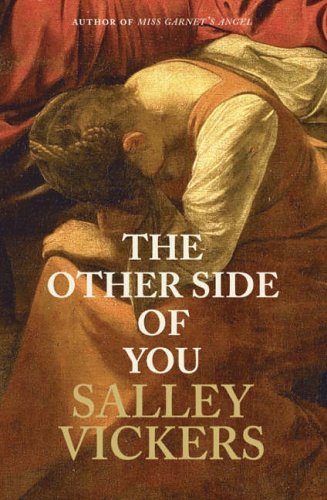 The Other Side of You

‘There is no cure for being alive.’ Thus speaks Dr David McBride, a psychiatrist for whom death exerts an unusual draw. As a young child he witnessed the death of his six-year-old brother and it is this traumatic event which has shaped his own personality and choice of profession. One day a failed suicide, Elizabeth Cruikshank, is admitted to his hospital. She is unusually reticent and it is not until he recalls a painting by Caravaggio that she finally yields up her story.

We learn of Elizabeth Cruikshank’s dereliction of trust, and the man she has lost, through David’s narration. As her story unfolds, David finds his own life being touched by a sense that the ‘other side’ of his elusive patient has a strange resonance for him, too.

Set partly in Rome, The Other Side of You explores the theme of redemption through love and art, which has become a hallmark of Salley Vickers’s acclaimed work.

'The lives of the characters in this gently absorbing novel continue to resonate with the failures, possibilities, regrets and redemptions - consoled and mirrored by art - that we all endure'
— Carol Ann Duffy, Telegraph

'There is something rare and special about Vickers as a novelist. In exploring the connections between faith and imagination, art and redemption, religion and science in an intelligent, unusual but very readable way, she manages to touch something buried deep in all of us. It gives her work a quietly compelling quality'
— Independent

'Love and pain, death and life, self knowledge and insensibility - all these big, vital themes converge in this moving, utterly engrossing novel'
— Guardian