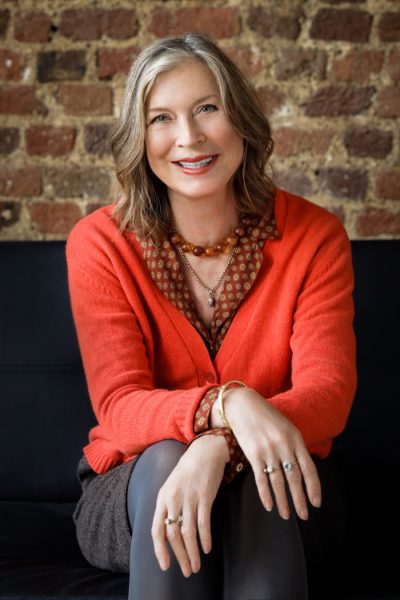 Salley Vickers was born in Liverpool, the child of communist parents. She grew up in Stoke-on-Trent, living in Barlastan Hall, where her father was warden of a W.E.A. college that taught adult education to Trades Union workers. She moved to London aged three and lived there for the remainder of her childhood.

She wrote her first novel, “The Door Into Time”, aged nine, thanks to an enterprising primary school teacher. The novel is lost but she believes it has influenced all her subsequent work and she regards her education at this state primary school as some of the most nourishing she has been lucky enough to receive. It is a source of great regret to her, that the current primary school curriculum is so narrow and so uncreative.

Her greatest love is poetry, which she writes badly, and her three grandchildren, whom she sees as often as they allow. She also likes music, especially opera and 60s/70s rock, walking, gardening and dancing. Her first ambition was to be a ballet dancer. One of her greatest pleasures is being able to take her granddaughter to the ballet.

She has worked as a teacher for children with special needs, for the now defunct ILEA, a tutor for the W.E.A. and for the Oxford Department of Continuing Education, a university lecturer in English, a psychoanalyst and she now writes and lectures fulltime.

She divides her time between London and Wiltshire, with regular retreats to Corfu, where she has made many friends, both with Corfiots and Albanians.